What is an NFT

NFT is the acronym for non-fungible token and the term is related to blockchain technology. Many novice cryptocurrency enthusiasts frequently ask what is an NFT. We will try to explain the term here in detail.

What is an NFT Explained

NFT helps in proving and assigning ownership of digital goods. It is considered a unique identifier and functions cryptographically. The NFTs for digital artwork is valued in millions. Sometimes the artwork has been sold in tens of millions of dollars. The total sales of NFT in the first six months of 2021 were $2.5 billion.

In simple terms, the NFT can be considered as modern-day collectibles and traded online. It is recorded securely on a blockchain that ensures the asset is unique. The technology bars any type of counterfeiting or altering of the NFT.

The NFT items are easily exchanged as the value is not accompanied by the uniqueness of the digital goods like a $1 bill can be exchanged with another $1 bill and the trader may still be left with $1 with a different serial number of the new bill.

The copyright privileges may not be transferred when ownership of the NFT changes hand. This means the original owner reserve the right to create more NFTs of the same. Hence, it can be said that ownership and copyright are two different things in the NFT technology. 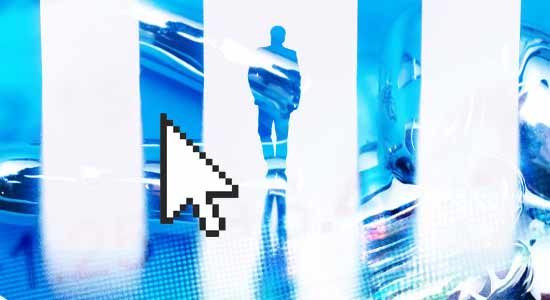 The NFT can grant a license for the non-commercial or personal use of the underlying digital asset. It can also grant commercial use of the same. Below are some of the uses of NFT to understand what is an NFT better:

Digital art was the first asset used in NFT to ensure ownership and unique signature. Mike Winkelmann sold his digital artwork named Everydays: the First 5000 Day in 2021 for $69.3 million. Later, a 10-second video clip titled Crossroad was sold for $6.6 million. It featured an animated pedestrian walking past former US President Donald Trump at Nifty Gateway.

In-games assets can also be represented with the NFTs. Digital plots of land can easily be controlled by the user with the help of NFT. Digital assets can easily be traded on the marketplaces of third-party without the need to request permission from game developers.

Developer Valve banned NFT or blockchain technology apps on the Steam platform lately that allowed the exchange of game artifacts.

Musicians can now tokenize their work with the help of NFT. In the 2020 COVID-19 pandemic many musicians and artists lost income and this led to the popularity of NFT in 2021. The technology generated $25 million from the music industry. 3LAU musician sold nearly three dozen of NFTs in February 2021 for $11.7 million. Kings of Leon announced in March 2021 the release of When You see Yourself album with the help of NFT and generated $2 million in sales.

Adam Benzine's Claude Lanzmann: Specters of the Shoah documentary was auctioned as an NFT. The digital assets of Trailers From Hell were released on NFT. The uncut scenes of Pulp Fiction were lately released on NFT.

Sandbox, Somnium Space and Decentraland facilitate users in creating galleries as NFT art or NFT in-game items. A 16-acre digital plot on Decentraland was sold in June 2021 for $913,228.20 with the help of NFT.

What is an NFT Verdict

Quantum is the first known NFT and it was created in 2014 by Kevin McCoy. It was bought by Anil Dash and referred to as monetized graphics. NFT gained currency in 2017 when it was proposed through the Ethereum Github. Soon, several NFT projects were launched like CryptoPunks and Curio Cards.

In this article titled What is an NFT, we tried to highlight a couple of important features of the new term based on blockchain technology. We talked about the use of NFT in digital artworks, games, virtual worlds, films and music. It is important to note that the sale of the underlying asset only transfers the ownership and not the copyright. This means the original owner can create more of the same asset.

How To Buy NFT

Let us learn how to buy NFT here. Many may not have heard about the term. No problem. We will also take a look at the question of what is an NFT. However, the world is well aware of cryptocurrency that is based on blockchain technology. NFT too is based on the same technology, but it is not a currency. One unit of NFT cannot be exchanged with one another unit of NFT as we witness with Bitcoin, Ethereum, Litecoin, Dogecoin and other cryptocurrencies.

Cryptocurrency is just about a decade old and the world has just started finding the real use of blockchain technology. NFT is one unique way to utilize the term. It has lately grabbed ample attention and especially among art collectors, artists and speculators.

In this article titled How To Buy NFT, we will talk in detail about buying the so-called non-fungible tokens.

Steps to How to Buy NFT

Where to Buy NFT

There are a plethora of NFT marketplaces and OpenSea is considered to be one of the largest. It uses Ethereum crypto coins mainly but supports over 150 other tokens. The marketplaces usually contain art and collectibles like Rarible, Foundation and Binance.

However, some NFT marketplaces are equipped with specific assets like the NBA Top Shot deals in just digital video highlights from the association and The Musician Marketplace is composed of music related assets.

Crypto wallet helps in buying as well as storing the NFTs. It provides a private security key and hence an additional layer in storing the NFTS securely.

NFT is not a currency as it does not derive value from the utility. The value is derived from representing media like music, art, video and writing. This means an investment in NFT means investment made in collectible items and the value is determined from the intangible factors like uniqueness, quality and clout of the artist.

Below is a couple of NFT tokens to have a look at right now for investment purpose:

It is a digital game featuring collecting, battling and trading fantasy creatures. It is built on the Ethereum blockchain technology and players earn the tokens in the game. The tokens are used to make purchases from the marketplace of the game.

It is a video streaming platform built on a blockchain network. The content viewing is powered by a peer-to-peer network. No remote server is used to stream the videos. Tokens are used in governing the protocol.

It powers smart contracts. An agreement or task is automatically executed on a blockchain network. It is useful in powering decentralized finance applications. However, it also powers NFT and the related marketplaces. It can be held as well as staked to earn through interest.

Currently, the tokens are mostly used in films, music and digital artworks. It is believed to extend further. Several companies are working on the NFT technology to make use of it in their business operations.

How To Buy NFT Verdict

The question of how to buy NFT might be partially answered here as the idea is new and more research is in progress by companies. As of now, it is suggested to invest in the segment carefully. It is the basic truth that the crypto asset values are highly volatile. Moreover, buy the NFTs from a reliable marketplace and as part of a diversified portfolio.

In this article titled How to Buy NFT, we discussed the steps to buy NFT and tried to understand how it differs from a cryptocurrency even though both are based on blockchain technology. We backed the article with a couple of NFT marketplaces from where one can buy arts and collectibles easily.

NFT is a new concept or idea in the world of cryptocurrency and blockchain technology. It means non-fungible token. It is a unique unit of data and is simultaneously non-interchangeable. It is stored on a blockchain or a digital ledger. It is commonly associated with reproducible digital items like audio, videos, photos and artworks. It is public proof of ownership. When an item changes hand, the ownership is transferred to the new hand. However, it is here important to note that the copyright is not transferred and the original owner can reproduce the same work.

In this article titled NFT Finance, we will take a closer look at the definition of the non-fungible token and why it is gaining popularity in recent years, particularly after the 2020 COVID-19 pandemic. Several recent examples prove that the future of NFT finance is bright.

What is an NFT

Cryptocurrencies are fungible similar to physical money. Cryptocurrencies are based on blockchain technology and can be exchanged or traded from one hand to another. This means a single unit of Bitcoin, the first cryptocurrency, is equal to another unit of the same. This makes it a secure medium of transaction and it is gradually spreading its vast tentacles in the digital economy.

A shift of cryptocurrency paradigm is witnessed in the NFT and here each token is unique and irreplaceable. This means one non-fungible token cannot be equal to another. NFTs are digital representatives of digital assets, something like digital passports as each unit of the tokens is unique and feature a non-transferable identity in order to make it distinguished from one token to another.

Similar to any currency, NFT has value but is restricted to at least two people agreeing on it. It is not a currency like a cryptocurrency though both are based on blockchain technology. An amount of it can be traded for a product or a service.

Unlike Bitcoin, it cannot be split into tiny pieces. Each unit of NFT is unique. Some of the NFTs are traded for sizeable amounts of money and mostly with cryptocurrencies like Bitcoin or Ethereum. Today, one unit of NFT is being traded for massive amounts as the buyer agrees it is worth the amount of money.

NFT is being used in various digital works and a few of these are as discussed below:

The early use of NFT was with the sales of digital art with the ability of blockchain to ensure a unique signature. In 2021, an eminent artist Mike Winkelmann sold his digital artwork titled Everydays: the First 5000 Days for $69.3 million. The sale was based on an auction.

With the help of NFT gamers can buy in-game assets like the digital plot of land that is controlled by gamers instead of game developers. Buying from third-party marketplaces becomes easy and users don't require the permission of the developers.

Musicians are benefiting from the NFT and publishing their work as such tokens. A data reveals the generation of NFT finance was about $25 million from the music industry. Kings of Leon rock band released an album titled When You See Yourself in the new technology and generated $2 million in sales.

A documentary film titled Claude Lanzmann: Spectres of the Shoah was auctioned as an NFT in March 2021. Director Kevin Smith is learned to be releasing his Godzilla vs. Kong as an exclusive NFT artwork.

In November 2021, the uncut scenes of Pulp Fiction were released by director Quentin Tarantino with the help of NFT.

Decentraland, Somnium and Sandbox are now allowing users to create galleries showing NFT art and in-game items. A 16-acre plot of virtual land was sold on Decentraland for $913,228.20 lately.

When the world is gladly embracing cryptocurrency gradually, a new idea of NFT has been coined based on the same blockchain technology. The so-called non-fungible token is a giant leap help to artists and creators to sell or auction their works securely. In this article titled NFT Finance, we tried to explain the term carefully backed by a couple of examples from the fields of films, music, digital arts and games. There is more to learn as more live examples unfold in near future.

Best What Is An NFT Cryptocurrency Exchanges